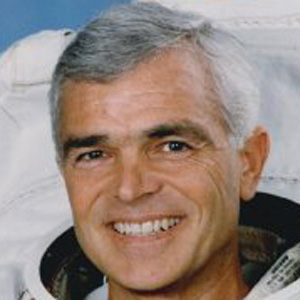 NASA astronaut and U.S. Army Aviator with over 3,400 hours of flying time and 12 hours of spacewalk time. He has flown aboard the Discovery, Endeavour, and Atlantis.

He was a First Class Scout in the Boy Scouts of America.

He was diagnosed with Parkinson's Disease in 1994 and was the subject of a documentary detailing his struggle with the disease.

He flew aboard the space shuttle Discovery like fellow astronaut Ellison Onizuka, who was later killed in the ill-fated Challenger mission.

Michael R. Clifford Is A Member Of