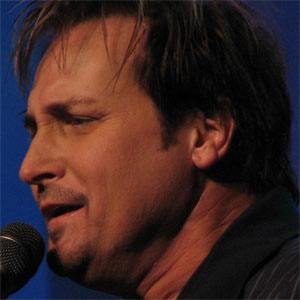 American vocalist and songwriter known for his work in the Christian music genre. His 1996 single, "Your Love Amazes Me," was a #10 hit in the Adult Contemporary music category.

He started performing with his family's music group, The Singing Samaritans, in the early 1970s.

He won two Dove Awards in 1992 for his self-titled debut album.

He married Marcie Stambaugh in 2002; they became parents to a daughter.

His Gospel album was co-produced by Jay DeMarcus of the Rascal Flatts.

Michael English Is A Member Of