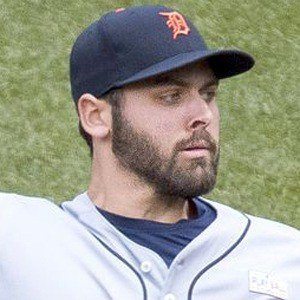 Starting pitcher who won the American League Rookie of the Year award after a standout first MLB season with the Detroit Tigers in 2016. He was named to his first MLB All-Star Game in 2017.

He and Luis Cessa were traded to the Detroit Tigers from the New York Mets in exchange for Yoenis Cespedes in 2015.

His father's name is J.P. and he has a younger brother named Austin. He married Kelsey Fulmer.

He became teammates with fellow standout pitcher Justin Verlander on the Tigers in 2016.

Michael Fulmer Is A Member Of