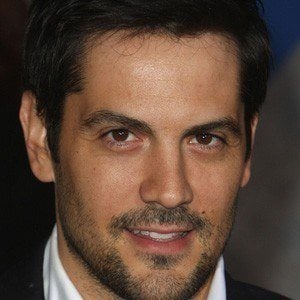 After playing Jimmy Olsen in Season One of the ABC series Lois & Clark: The New Adventures of Superman, he was cast in both the film Final Destination 2 and the television series Special Unit 2.

He grew up in The Bronx borough of New York City as the son of Bernard and Patricia Landes.

In the second season of Lois & Clark: The New Adventures of Superman, he was replaced by actor Justin Whalin.

From 2005 to 2006, he co-starred with Tamsin Greig in the British television series Love Soup.