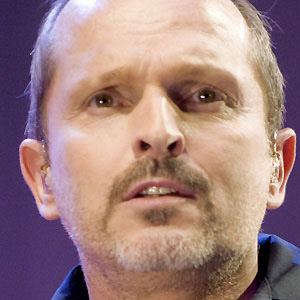 Legendary Spanish singer, musician and actor who's sold more than 30 million records throughout his career. He won a Latin Grammy award in 2002 for his album Sereno. He's known for hits such as "Si Tú No Vuelves," "Morena Mía," "Amante Bandido" and "Morir de Amor."

He was an actor before pursuing his singing career. He began pursuing a career in music in 1973 after developing a professional relationship with famed singer-songwriter Camilo Sesto.

He was a teen idol in Italy in the 1970s before becoming popular in the Latin American markets. In the 1980s, he went on to become the godfather of the extremely popular Mexican group Timbiriche, made up of musical stars such as Thalía and Paulina Rubio.

He was born in Panama but grew up in Spain with two younger sisters. His parents were Spanish bullfighter Luis Miguel Dominguín and Italian actress Lucia Bosè. Pablo Picasso and Ernest Hemingway were close family friends. His niece was model Bimba Bosé. He was married to the sculptor Nacho Palau until 2018. He has four sons named Telmo, Tadeo, Ivo and Diego.

In 2012, he released the duet album Papitwo featuring artists such as Alejandro Sanz, Juanes, Ana Torroja, Raphael, Natalia Lafourcade and many others.

Miguel Bosé Is A Member Of