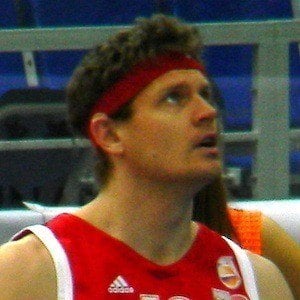 He first began playing basketball at the age of 14. At the age of 17, he signed his first contract with the professional team KD Slovan of Ljubljana.

He has won several awards for his playing including Slovenian League 1st Team in the 2005 season and Slovenian League Center of the Year in the same season. He is also known for being deaf since birth.

He was born and raised in Kranj, SR Slovenia, Yugoslavia.

Other basketball players from Slovenia include Goran Dragic, Beno Udrih, and Zoran Dragic.

Miha Zupan Is A Member Of