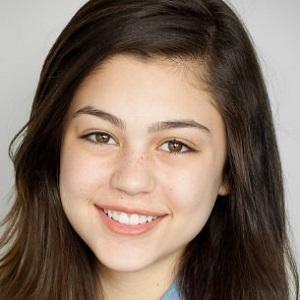 American actress who appeared on the 2010 television series Fun to Grow On and in the 2013 film Saige Paints the Sky. In 2015, she played McKeyla McAlister in the TV mini-series Project MC2.

She appeared at the age of eight on an episode of Barney & Friends.

She played Lil' Jackie in the 2012 film The Fandango Sisters.

She was born in Plano, Texas. She has posted several photos with her boyfriend on Instagram.

She and Selena Gomez both appeared on the children's television show Barney & Friends.

Mika Abdalla Is A Member Of