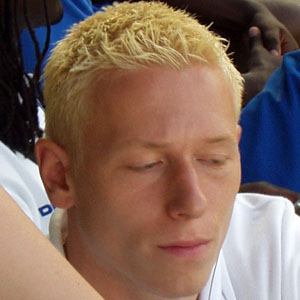 Finnish striker who played for Chelsea from 1998 to 2005, then went on to play for Birmingham City, Hannover 96 and Leeds United before joining HJK for his second stint with the team in 2012. He became a member of the Finnish national team in 1999.

He made his professional debut with HJK in 1997 after spending three years in the club's youth system.

He twice scored hat tricks on the Finnish national team: in a 2005 World Cup qualifier match and in a Euro 2012 qualifier.

He was born in 1981 in Steinfurt, West Germany.

Mikael Forssell Is A Member Of