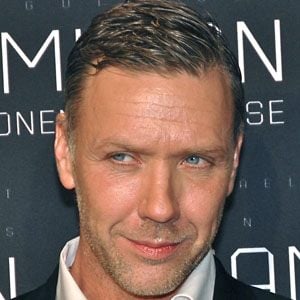 Actor who has been typecast as a "tough guy" in Swedish films. He is best known for his role of police officer Gunvald Larsson in the popular Martin Beck detective films.

His first acting appearances of any kind were as extras for two productions at The Royal Dramatic Theatre.

He was a topic of controversy upon leaving the Royal Dramatic Theatre for on-screen work.

He had two children with his partner, Sanna Lundell. They first started their relationship in 2005.

He played Beorn in the second and third installments of The Hobbit, which starred Ian McKellen.

Mikael Persbrandt Is A Member Of