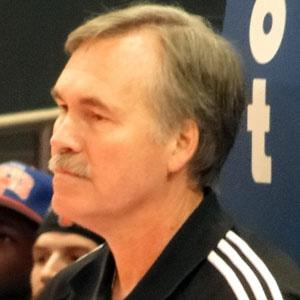 NBA coach who became known for his high-scoring offenses with the Phoenix Suns. He later went on to coach the New York Knicks, Los Angeles Lakers and Houston Rockets. He was named NBA Coach of the Year in 2005 and 2017.

He spent the majority of his playing career with the Italian team Olimpia Milano.

He was hired by the Lakers in the middle of the 2012-2013 season after former head coach Mike Brown was fired.

He had one son with his wife Laurel. His brother Dan D'Antoni has worked as an assistant coach beside him.

He knew Kobe Bryant from their days in Italy and the two became reunited when D'Antoni became coach of the Lakers.

Mike D'Antoni Is A Member Of