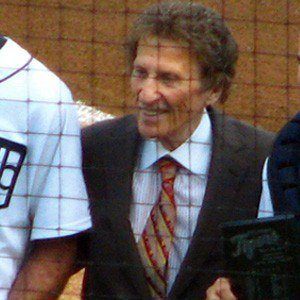 Founder of the Little Caesars Pizza chain who owned the NHL's Detroit Red Wings and the MLB's Detroit Tigers.

He founded Little Caesars Pizza in Garden City, Michigan, in 1959, using the $10,000 he saved up. The store's name came from his wife's nickname for him.

He owned the Detroit Caesars professional softball team back in the late 1970s when the city was a mecca for the sport.

He had several children with his wife Marian, whom he met on a blind date while she was working as a Delta Airlines clerk.

He took a struggling Detroit Tigers baseball team and gave them their first playoff run in 19 years under manager Jim Leyland.

Mike Ilitch Is A Member Of