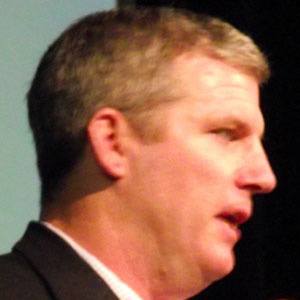 Former NFL offensive lineman who became head coach of the Tennessee Titans in 2011.

He played college football at Penn State and was a second team All American his senior year.

He was drafted 8th overall by the Houston Oilers in 1982 and was selected to 9 pro bowls throughout his career.

He has two daughters with his wife Marci Munchak.

He was inducted into the Pro Football Hall of Fame in 2001, the same year as receiver Lynn Swann.

Mike Munchak Is A Member Of