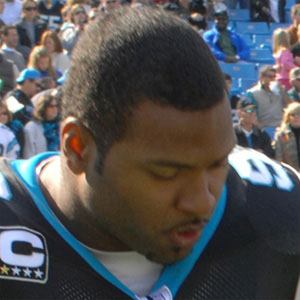 Defensive end who played his entire NFL career with the Carolina Panthers (1999-2007) and was selected to the 2003 Pro Bowl.

He played football, basketball, and competed in track and field at Benton High School in Missouri.

He played college football for the Nebraska Cornhuskers.

He was born and raised in St. Joseph, Missouri.

Quarterback Jake Delhomme was his teammate on the Panthers.

Mike Rucker Is A Member Of