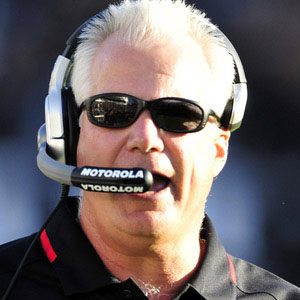 Football coach who led the Atlanta Falcons from 2008 to 2014 after serving as defensive coordinator of the Jacksonville Jaguars from 2003 to 2007. He was named AP NFL Coach of the Year in 2008.

He attended East Tennessee State University. He briefly played professionally for the Winnipeg Blue Bombers of the Canadian Football League in 1982.

He has a daughter with his wife Julie.

He served as defensive coordinator to head coach Jack Del Rio while with the Jaguars.