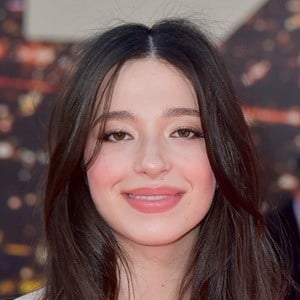 Screen actress who broke through in the role of Max Fox on the Emmy-nominated dramedy Better Things. She was cast in Quentin Tarantino's 9th feature film, Once Upon a Time in Hollywood, as a member Manson Family.

She decided to put her competitive horseback riding career on hold while pursuing acting.

She was 15 years old when she made her first feature film, Liza, Liza, Skies are Grey. She provided the voice of Candi the Barista in The Addams Family.

She has a twin brother and a sister.

She played the TV daughter of Pamela Adlon in Better Things.

Mikey Madison Is A Member Of