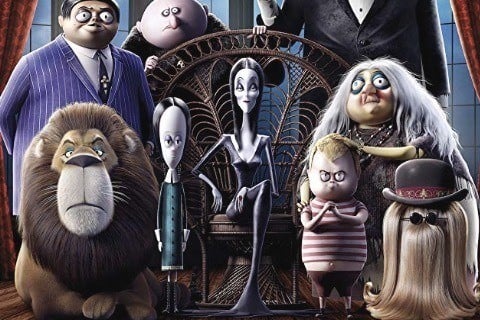 Animated adaptation of Charles Addams cartoon in which the ghoulish family faces off against the 21st century and reality TV host Margaux Needler all while preparing for the arrival of their extended family for a celebration.

Conrad Vernon and Greg Tiernan directed the film for Metro-Goldwyn-Mayer. The rights to the Addams Family comics was originally going to be a stop-motion animated film directed by Tim Burton when it originally began production at Universal Pictures and Illumination Entertainment.