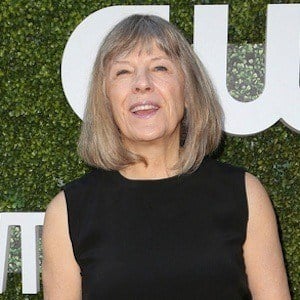 Veteran actress of TV and film that rose to widespread fame for her role as Ruth Sloan on the TV drama Homefront between 1991 and 1993. She has also earned popularity for her star turns as Abby O'Neill on the hit sitcoms Dharma & Greg and Marjorie on CBS' Mom.

She attended Smith College, where she studied acting. She made her Broadway debut in the cast of Grease.

She has appeared in the popular films Erin Brockovich (2000), In The Loop (2009), and The Five-Year Engagement (2012). In 2014, she was nominated for the Critics' Choice TV Award for best guest performer in a comedy series for her work on Mom.

She married her husband Larry in 1978. She shares two children with him.

She has starred on Mom alongside Allison Janney and Anna Faris.

Mimi Kennedy Is A Member Of