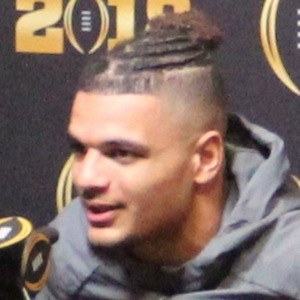 Safety who won College Football Playoff National Championships with the Alabama Crimson Tide in 2015 and 2017. He was chosen by the Miami Dolphins with the 11th overall pick in the first round of the 2018 NFL Draft.

In 2017, he received the Chuck Bednarik Award as the best defensive player in college football.

He has siblings named Promise, Justice, Destiny and Devine.

He played under Nick Saban at the University of Alabama.

Minkah Fitzpatrick Is A Member Of