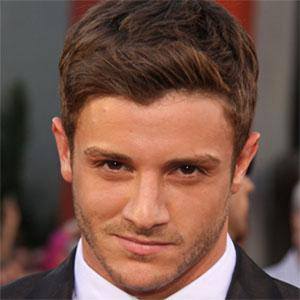 Acclaimed dancer and choreographer who played Eddie in Step Up Revolution and Step Up: All In. He's also known for his work dancing in concerts for Janet Jackson for several years.

He began dancing when he was only two years old.

He was selected to be a dancer for Michael Jackson's This Is It concerts, which were ultimately canceled after the singer's death.

He was born in Fort Lauderdale, Florida. His mother Irina Brecher is a classically-trained ballet dancer from Romania.

As a choreographer, he worked on Justin Timberlake's FutureSex/LoveShow in 2007.

Misha Gabriel Is A Member Of

Step Up Revolution
Step Up: All In
34 Year Olds
Dancers