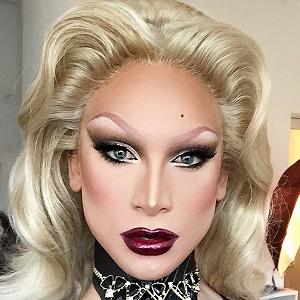 Reality personality on the 7th season of RuPaul's Drag Race who is also a makeup artist, model and singer. He released a debut single called "Rubber Doll" in 2015.

He was working as a male editorial model in California before moving to New York in 2011 to begin work as a makeup artist.

He was featured in photographer Mary McCartney's book Devoted and in a photo series by Leland Bobbe called Half-Drag. He appeared in a 2014 episode of Snooki & Jwoww.

He was born Kurtis Dam-Mikkelsen in San Luis Obispo, California.

As a celebrity makeup artist, he has worked with Martha Wash, Wendy Williams, Ève Salvail, Snooki and JWoww, Jeffree Star, and Michael Urie.

Miss Fame Is A Member Of