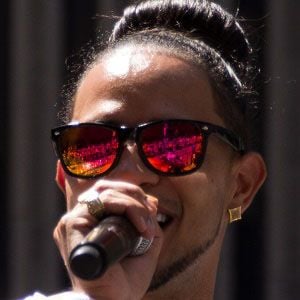 Dominican rapper who became a star following the success of singles like "Si Te Puego Cuerno," "Mami Yo Quisiera" and "Pom Pom Pom." He has also been a featured artist on tracks by a number of popular artists, including Shadow Blow and Sharlene Taulé.

He was born in Los Mina in the province of Santo Domingo and later moved to Admiral. In 2002, he began recording songs using the money he was given to go to school.

During his first tour of the United States, he performed in front of 20,000 people as a special guest with renowned bachata group Aventura at the Izod Center in New Jersey.

His birth name is Erickson Fernandez and he grew up with a younger sister named Katherine. He has a daughter named Charlotte with his ex-wife Alexandra Hatcu.

Mozart La Para Is A Member Of