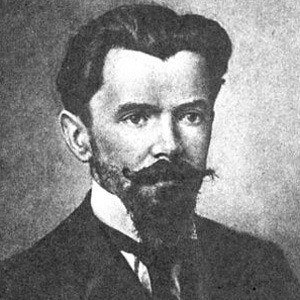 Most Popular#164059
Politician Born in Lithuania#10

Lithuanian politician and priest known for his work on land reform in interwar Lithuania.

He was politically active in his youth and was arrested twice during the Russian Revolution of 1905.

He was elected as chairman of the Supreme Committee for the Liberation of Lithuania in 1945.

His parents raised him in Balbieriskis, Lithuania.

Most Popular#164059
Politician Born in Lithuania#10

Mykolas Krupavicius Is A Member Of