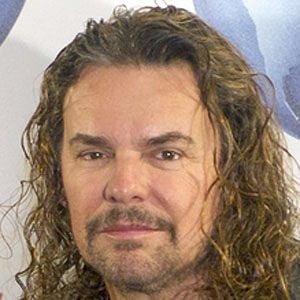 He attended the Universidad del Valle de Atemajac and played in the band Sombrero Verde during the 80s.

His mother passed away during the production of the album Drama y Luz.

He was married to the host of TeleHit's Top 25, Mónica Noguera, from 2015 until 2015. He has a son named Dali Olvera from his first marriage to Ana Ivette Verduzco.

He has collaborated with some of Latin America's most respected figures, including guitarist Carlos Santana.

Fher Olvera Is A Member Of