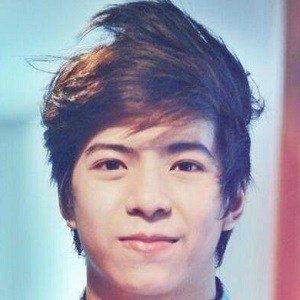 Filipino actor known for his appearances on such popular television series as Goin' Bulilit, Maalaala Mo Kaya, and Luv U. He rose to fame as a member of the ABS-CBN network's Star Circle Quest talent development program.

When he was just five years old, he performed on the ABS-CBN variety show Magandang Tanghali Bayan.

He belonged to a music group called Gimme 5.

Born Aeign Zackrey Nash Victoriano Aguas, he grew up in the city of San Roque in the Philippine province of Northern Samar.

Nash Aguas Is A Member Of