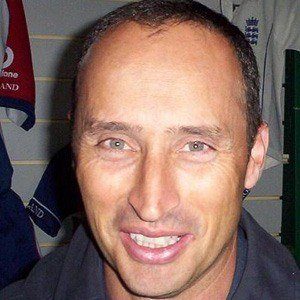 Higher middle-order batsman for Essex from 1987 to 2004, regarded as one of the best English Test captains of his era; he played in the 1999 and 2003 Cricket World Cups.

He received a degree in Natural Sciences from the University of Durham.

His autobiography, Playing with Fire, won the Best Autobiography category of the 2005 British Sports Book Awards.

He married Karen Hussain in 1993. His father is an Indian Muslim named Jawad, or Joe.

He succeeded Alec Stewart as captain of the English national team in 1999.

Nasser Hussain Is A Member Of