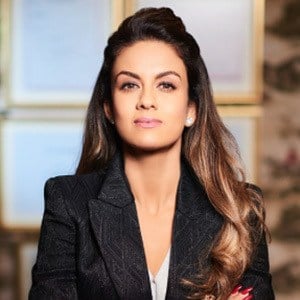 Indian entrepreneur and philanthropist who became the chairperson of the Villoo Poonawalla Charitable Foundation. She earned additional recognition as the Executive Director of the Serum Institute of India vaccine manufacturing company.

She earned her Masters of Science from the London School of Economics in 2004.

She was named the Director of the Poonawalla Science Park in the Netherlands.

Her husband Adar is a business executive. They have children named Cyrus and Darius. Her parents' names are Pramesh and Minnie.

She shot to stardom as a well-respected Indian entrepreneur like Naveen Jain and Vivek Ranadive.

Natasha Poonawalla Is A Member Of