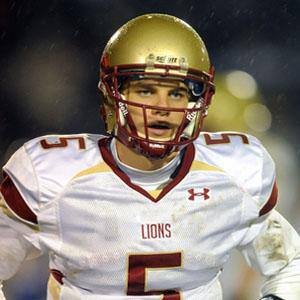 Son of Joe Montana who began his college career at Notre Dame before transferring to Montana and then West Virginia.

He was a reserve quarterback at De La Salle High School in Concord, California.

He and eight other Notre Dame football players were arrested in 2010 for alleged underage drinking.

He is the third child of Super Bowl champion and NFL legend, Joe Montana.

Nate Montana Is A Member Of