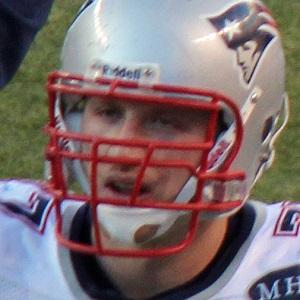 Star of the University of Colorado who was selected in the first round of the 2011 NFL Draft by the New England Patriots and won two Super Bowls during his time with them. In 2018, he would join the New York Giants.

He arrived at Colorado as a tight end and the coaches told him he would be even better at tackle, so he bulked up and switched positions.

He started 13 of 16 games in his rookie year with the Patriots.

He was born in Denver, Colorado. He married Lexi Allen in 2014; they have a son named Hudson and a daughter named Charlie.

Don Hasselbeck was another Patriots recruit out of the University of Colorado.

Nate Solder Is A Member Of