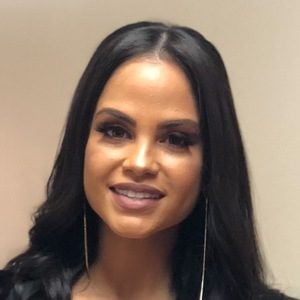 Reggaeton and Latin pop star known internationally for collaborating on the hit songs "Criminal," "Sin Pijama" and "No Me Acuerdo," all of which feature music videos that have garnered over 1 billion views on YouTube. She released her first studio album, IlumiNATTI, in February 2019.

She began singing at the church choir and grew up studying at a fine arts school. She went on to sign with Orphanato Music Group after being discovered by Don Omar in 2010.

She was born to Sarah Ysabel and Joaquín Alejandro in the Dominican Republic. Her full name is Natalia Alexandra Gutiérrez Batista. She has an older sister named Virginia Alison and an older brother named Alejandro. She married Juan Norberto Rozón Villanueva in December 2007, but they divorced soon after. On May 22, 2021, she welcomed her first child, a daughter named Vida Isabelle Pina Gutiérrez, with her fiancé and music producer Raphy Pina.

She collaborated with Daddy Yankee, Sebastián Yatra and The Jonas Brothers on the 2019 song "Runaway."

Natti Natasha Is A Member Of