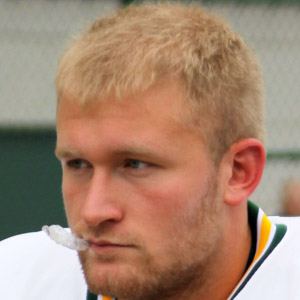 Offensive lineman who made his NFL debut in 2010 for the Green Bay Packers, and won a Super Bowl with the team later that season; spent three years with the New England Patriots before joining the San Diego Chargers prior to the 2014 season.

He played college football at Grand Valley State University, but went undrafted after declaring for the NFL in 2010.

As a member of the Patriots he joined an offensive line that included tackle Nate Solder.

Nick McDonald Is A Member Of