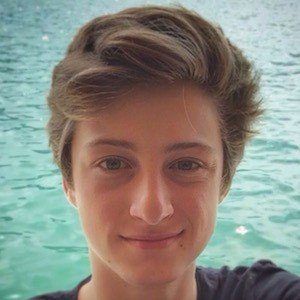 Lip syncing sensation who became most well known as one of the Pumpkings. He and his partner Paul posted creative lip syncing videos to the tune of popular artists like Flo Rida, Taylor Swift, and Mike Posner. They earned over 100,000 fans before their account was disabled.

A social media fanatic from an early age, he and Paul launched a joint Instagram account in 2012, though it was later hacked.

The Pumpkings video set to the song "My PYT" by Wale was featured on musical.ly after it was posted.

An Innsbruck native, he has one younger sister.

He made a video set to "Sweatshirt" by Jacob Sartorius.

Nick Pumpkings Is A Member Of