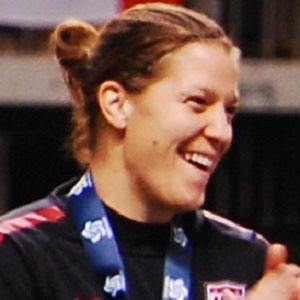 Goalkeeper who helped the US women's soccer team win silver at the 2011 World Cup.

She was named All-Pac-10 three consecutive years at Stanford University and set a record for lowest career goals-against average, at 0.4.

When an injury to Hope Solo in 2010 forced her to undergo shoulder surgery, Barnhart stepped in to start the next 11 matches, winning 8 of them and drawing 2.

She was born in Pottstown, Pennsylvania.

She joined Abby Wambach on the US national team in 2004.

Nicole Barnhart Is A Member Of