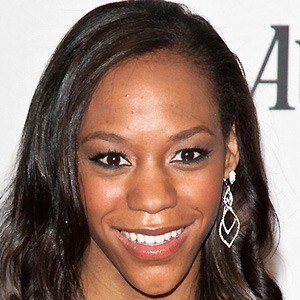 Actress who earned a Tony Award for her starring role as Nabulungi in the 2011 Broadway debut of The Book of Mormon. In 2018, she began starring as Violet in FOX's legal drama Proven Innocent.

After attending New York University's famed Tisch School, she debuted on Broadway in The Adventures of Tom Sawyer.

She was born in Summit, New Jersey. She performed during her teen years at a New Jersey regional theater company called the Paper Mill Playhouse.

She performed with Josh Gad in the Broadway production of The Book of Mormon.

Nikki M. James Is A Member Of