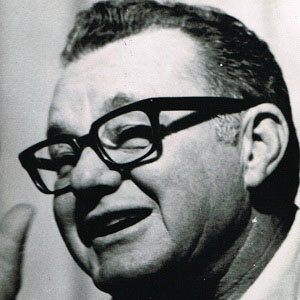 Successful quarterback on the professional and college level who spent his NFL career with the Los Angeles Rams and the Philadelphia Eagles.

He left college early for the NFL, thanks to his years spent fighting in World War II.

He once passed for 554 yards in a single game.

He married Gloria Schiewe when he was the quarterback at the University of Oregon and she was on staff as a biology teacher.

He led the only team to beat Vince Lombardi and the Green Bay Packers in the playoffs.

Norm Van Brocklin Is A Member Of