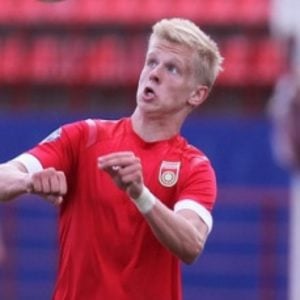 Professional soccer player who is known for playing the attacking midfield position for the Manchester City Football Club of the English Premier League. He has amassed more than 1 million Instagram followers.

He made his Russian Football Premier League debut in 2015.

During the 2015 season, he made a total of 6 appearances with Ukraine's under 21 team.

He is the son of Volodymyr Zinchenko.

Both he and Vincent Kompany played for Manchester City.

Oleksandr Zinchenko Is A Member Of