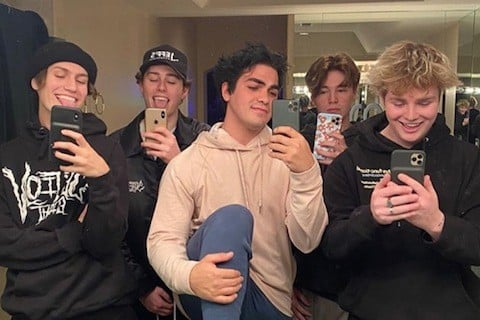 TikTok account that is also the name of an actual house where TikTok, Instagram and YouTube influencers came together to live in Los Angeles. The group's TikTok account has earned over 19 million fans and more than 573 million likes. In January 2020, the group signed with the talent agency WME. It was announced in August 2020 that a reality series focused on the group, called The Hype Life, would be produced.

The living arrangement was set up by Thomas Petrou and Chase Hudson. In late 2019, they posted a video with numerous members of the group hanging around a pink staircase that went on to receive over 2 million views.