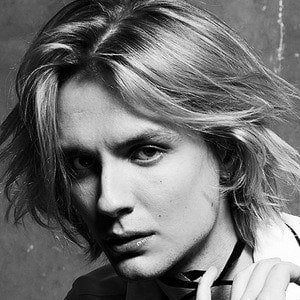 Oldest member of the Swedish pop boyband FO&O, formerly known as The Fooo Conspiracy. They won the Swedish Grammis award for Innovator of the Year in 2013.

Growing up he wanted to be an astronaut or a "singsonger" as he used to call it at a young age.

Their chart-topping debut album was titled Off the Grid and their first big single, "Build a Girl," peaked at #41 on the official Swedish singles chart.

He is from Stockholm, Sweden. He grew up with a sister.

He performs alongside Felix Sandman, Oscar Molander and Omar Rudberg in the boyband The Fooo Conspiracy.

Oscar Enestad Is A Member Of