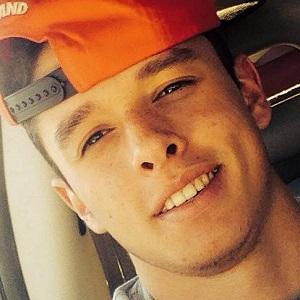 Vine video content creator who collaborated with fellow Viners such as Landon Moss, Yung Poppy, MrLegenDarius, Oscar Miranda, and more. He went on to generate a following of over 120,000 on his realoscarguerra Instagram account. He has also been owner of the Unbroken clothing brand in Los Angeles.

He went to school to obtain a bachelor's degree in criminal justice before starting Vine.

He created the hashtag #OGmovement. He posted first video to Vine on August 17, 2013 but didn't start posting regularly until mid-October. He has been a member of the C4 House content collective.

He was born in Colombia and is from Greenville, South Carolina. He later moved to Los Angeles and has a younger sister. On Instagram, he wished his mom a Happy Mother's Day in 2021.

He collaborated on a video called "The Worlds Worst Thief" with Melvin Gregg and KiddAce93.

Oscar Guerra Is A Member Of