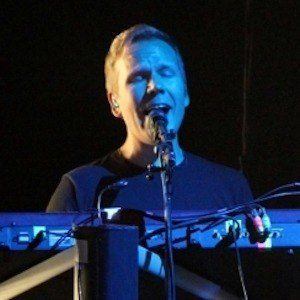 Multi-instrumentalist and music producer who is recognized for having competed in the 2009 Eurovision Song Contest with rapper Signmark. He also played keyboards for the band Sunrise Avenue.

He picked up cello at the age of six and he attended the Kaustinen Music School.

He has four siblings: Aili, Heini, Tuuli, and Aimo.

He performed with vocalist Samu Haber in Sunrise Avenue.

Osmo Ikonen Is A Member Of