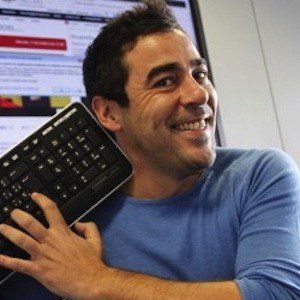 Nicknamed Chape and Vividor Follador, he is an actor most well known for his portrayal of Amador Rivas in the series La Que Se Avecina. He has also starred in the shows El capitán Sevilla y el Centurión Chape and Lobos.

Though he originally earned a degree in teaching physical education, he thereafter decided to change his career path, earning a degree in dramatic arts.

He has appeared in a number of feature films such as Perdona si te llamo amor and La vida mancha.

Born in Ayora, Spain, he was raised in Albacete. He is of Italian ancestry.

An active standup comedian, he has served a member of the comedy collective El cuarteto de Albacete alongside Joaquin Reyes.

Pablo Chiapella Is A Member Of