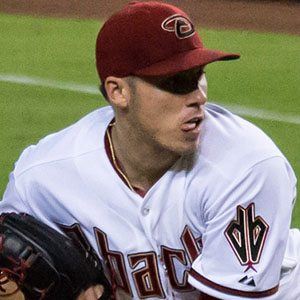 Left-handed MLB pitcher who began his career with the Arizona Diamondbacks in 2012. He signed with the Washington Nationals in 2019 and helped the team win its first-ever World Series Championship in his first year with the team.

He starred at North Syracuse High School before his professional career began.

He made his first All-Star appearance in 2013 for the Arizona Diamondbacks.

He was born to Dan Sr. and Patty Corbin.

He was traded to the Diamondbacks by the Los Angeles Angels along with a few other prospects in exchange for Dan Haren.

Patrick Corbin Is A Member Of