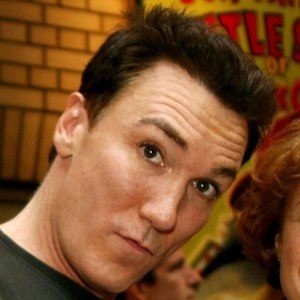 Actor and playwright who originated the role of Norman Osborn/The Green Goblin in the rock musical Spider-Man: Turn Off the Dark, and starred in The Lion King and Dr. Seuss's How the Grinch Stole Christmas on Broadway.

He was named the most Outstanding Teenage Magician by the Brotherhood of Magicians in 1979. As a competitor in speech and debate tournaments, he won the National Forensic League's Speaker of the Year in both 1979 and 1980, making him the first person to win the national championship title twice.

He appeared on popular television shows such as The Good Wife and Law & Order: Special Victims Unit. In 2006, he received the Helen Hayes Award for Outstanding Leading Performance by an actor for his performance as Iago in Othello at The Shakespeare Theatre.

He shared the stage with Frank Langella in the Broadway production of A Man for All Seasons.

Patrick Page Is A Member Of