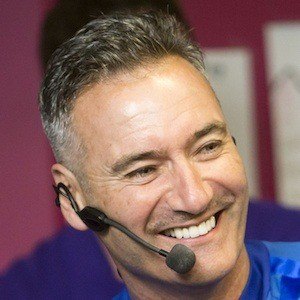 Founding member of the children's musical group The Wiggles who was named the 1999 Bachelor of the Year by Cleo Magazine.

At the same time he was touring with his first musical group, The Cockroaches, he felt called to go into educating preschoolers.

Despite the success of The Wiggles, he had bouts of anxiety, sadness, and depression. He later went public about his clinical depression in 2007.

He married Michaela Patisteas in 2003. They had three children together, all of whom made guest appearances with The Wiggles.

Greg Page was another member of The Wiggles.

Anthony Field Is A Member Of