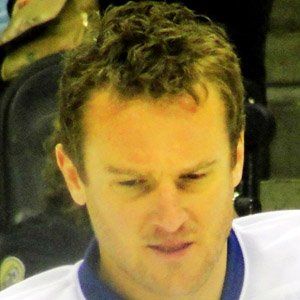 NHL player who won the Stanley Cup for the 2003-04 season with the Tampa Bay Lightning. He was originally drafted by the team in 1996.

He began his professional hockey career with HC Vitkovice of the Czech Extraliga hockey league.

He cross-checked Jiri Hudler in a preseason game, resulting in a suspensions for the first game of the 2006-07 NHL season.

His daughter, Tereza, was born in November 2006.

He and center Vincent Lecavalier led the Tampa Bay Lightning to the first Stanley Cup in franchise history.

Pavel Kubina Is A Member Of