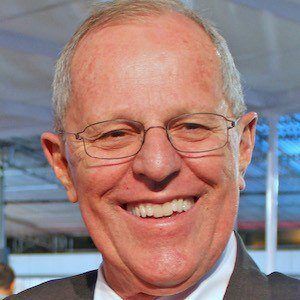 Nicknamed PPK, he is an economist and politician most well known for being elected the President of Peru in 2016. He also previously served as Peru's Prime Minister and before that the Minister of Economy and Finance.

In 1960, he earned a degree in politics, philosophy, and economics. The following year, he achieved his master's in public affairs at Princeton University. He then spent his earliest years in banking before entering politics.

His first marriage to Jane Dudley Casey produced his children, Carolina, Alex, and John-Michael. He and his second wife, Nancy Lange, have a daughter named Suzanne.

He was preceded as the President of Peru by Ollanta Humala.

Pedro Pablo Kuczynski Is A Member Of