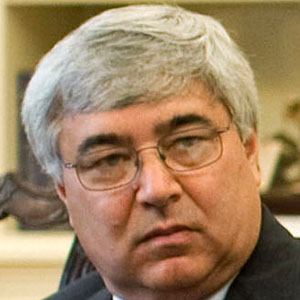 Political consultant who acted as the interim White House Chief of Staff for several months in the end of 2010. He was the first Asian American Chief of Staff in U.S. history and he has also acted as President Barack Obama's Senior Advisor and Counselor during his administration.

When he was working for Senator Daschle in 2001 he called in an anthrax scare.

His mother is Japanese and she was sent to an American internment camp during World War II.

He became Chief of Staff after Rahm Emanuel resigned.

Pete Rouse Is A Member Of