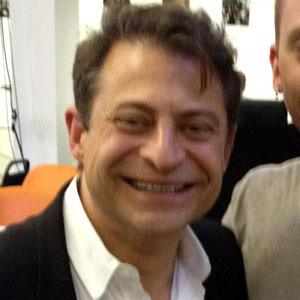 Known for establishing and heading such organizations as the X PRIZE Foundation, Space Adventures Ltd., Human Longevity, Inc., and Students for the Exploration and Development of Space, this entrepreneur, doctor, and engineer also wrote a bestselling motivational book titled Abundance: The Future Is Better Than You Think.

After earning a Bachelor of Science degree in aeronautical engineering from the Massachusetts Institute of Technology, he entered Harvard Medical School. During his time as a medical student, he worked at NASA's Johnson Space Center and headed both the International Space University and a micro-satellite company called International Micro Space.

He co-founded the Zero Gravity Corporation, a space weightlessness simulation company that once offered its services to the renowned physicist Stephen Hawking.

He grew up in New York City as the son of Greek-born medical professionals.

After reading renowned pilot Charles Lindbergh's work The Spirit of St. Louis, Diamandis was inspired to start the X PRIZE Foundation, an organization that sought to motivate technological innovation, particularly in the area of private passenger space travel.

Peter Diamandis Is A Member Of