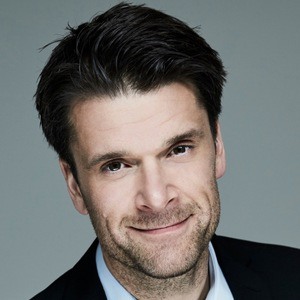 Actor and comedian who starred on the hidden camera show Situation Magnusson and appeared as a regular host on the Swedish version of Saturday Night Live. He has also written and acted on such shows as Sommaren Med Släkten and Blomstertid.

He studied film at San Francisco State University and Santa Monica College for three years. He later attended the American University in London for one year.

He hosted the first season of the Swedish talent show Idol in 2004.

He has a daughter named Greta.

He co-starred with Christine Meltzer on the comedy series Sommaren Med Släkten.

Peter Magnusson Is A Member Of