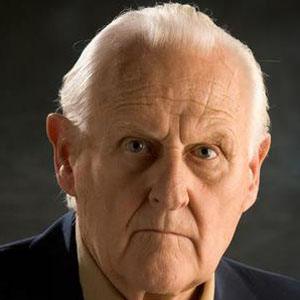 Character actor well known for his recurring role as Grouty on Porridge who became more well known to American audiences for his role as Maester Aemon in Game of Thrones.

He joined the Wolverhampton Repertory theatre and served in World War II before making his film debut in 1959. His first starring role was in the 1964 film Smokescreen.

He had another notable recurring role in the series Citizen Smith and a major role in Chancer.

He first married Billie Whitelaw and then married Lillias Walker.

He appeared in the film The Life and Death of Peter Sellers.

Peter Vaughan Is A Member Of