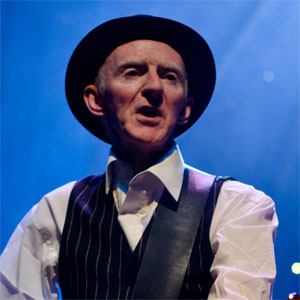 Irish guitarist, music producer, and punk rock icon known for his work with the band The Pogues. He also performed with another Irish band, The Radiators from Space, and later re-formed the group, calling it simply The Radiators.

He joined The Pogues in time to record the group's second album, Rum, Sodomy and the Lash.

He died of esophageal cancer at the age of fifty-six.

He was raised in the suburbs of Dublin, Ireland.

He was friends with fellow punk legend Joe Strummer.

Philip Chevron Is A Member Of